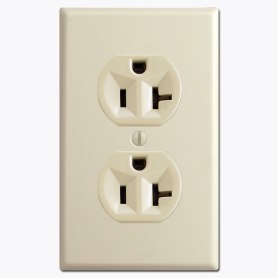 It appears that my supervisor, Tony, does not believe the reason I was late to work last week. I was late because my new LED light-bulb exploded and the small glass pieces had to be retrieved from around me before it was safe to leave the hallway and finish getting ready.

Tony has informed me that if I am late again, I might be fired from my job.

In an effort to resolve the issue, I collected the shards of glass from the trash-bag where I had placed them, put them in a paper towel and brought them to work to give to Tony. I waited in his office for him to arrive. He was one hundred and fourteen minutes late. I wondered if a light-bulb had exploded around him too. Perhaps there is a pattern of this happening. Behind his desk there was a poster of a cat who appears to be pointing at the viewer with a paw and winking. The slogan says ‘GO GET ‘EM’. I stared at the poster for a long time and started to develop a headache. I feel the message might be construed as a call to violence, but I’m not certain.

After waiting a little longer, Tony didn’t arrive, and I became concerned that I would get behind on my work, so I left the paper towel containing the glass shards on his desk for him. I left a note with it that said ‘THIS IS FOR YOU’, because it was.

I did not hear anything from Tony during the day. I hope he now believes me.

Due to the strange noises coming out of all the power outlets in my apartment, I tried to talk to the landlady about the electrical system in the house. It is approximately 70 years old. The electrical system I mean, not the landlady. She is of an indeterminate age, but I estimate she is over 80. She opened the door, squinted up at me, asked me what I wanted, and called me by the wrong name. Before I had the opportunity to respond she accused me of stealing the house numbers off the front door. She then slammed the door in my face.

I will need to purchase a new light-bulb. This will severely diminish my cost savings of $0.19 per month and I may not see cost savings on this particular bulb replacement until 2035.

This evening my microwave made a fizzing noise, followed by a brief pop, and stopped working. I may have to unplug everything in my apartment until the electrical problem is resolved.