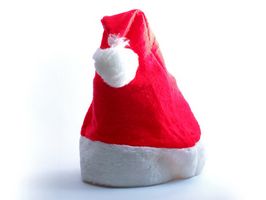 I had another cup of coffee this morning, one after lunch and two in the afternoon. I’m only drinking it this late because it’s very mild and makes me feel good. Usually, drinking coffee later on in the day is problematic. The last time I drank coffee after 10am was when I was 35, and I don’t remember the following 12 hours. I was arrested at some point, but I still don’t know why.

Bob is continuing to act strangely. He walked in whilst I was pouring another cup and looked at me.

“You shouldn’t drink so much of that, you know.” I asked him why. He paused for a long time, then said, “I take it back,” he said. “Drink as much as you like. Do you good.”

I do not know what he meant by that.

Dorothy and I had a conversation today. We talked about her holidays. I am pleased that I managed to say more than two consecutive sentences to her. Since I’ve known her I have said exactly twenty four words to her. I know because I have been keeping count. During the conversation she smiled a lot at me and said that I had changed. She asked me if I was going to the Christmas party. I said I wasn’t aware that there was such a thing, and what happened at these ‘parties’. She said that you just stand around, watch your colleagues get drunk, and realize that you have nothing in common with them. I thought this was extraordinarily funny and I laughed so hard I had a coughing fit.

Following a look of concern due to my coughing fit, Dorothy said I should take her to the party. I asked her whether this was because she didn’t know how to get there, but she just laughed and walked away.

I don’t remember ever laughing before in my life. My face hurts.