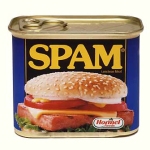 I purchased a book for Kenneth (I mean, it’s for me; he can’t read, but it’s about goldfish). It’s called ‘Care and Maintenance of your Goldfish‘. It has many useful tips, such as not tapping the sides of the bowl too much, and the size of the pebbles I should use in his tank. There was lots of pictures of different types of goldfish. Some had huge fins and were many different colors. Kenneth is gold and has rather small fins. One is bigger than the other. I wonder if that’s why he swims in circles. He seems to prefer going clockwise.

While I was watching him I accidentally dropped some of the sandwich I was eating into the bowl. He ate it quickly, so I can assume he likes sandwiches, but I’m not sure if he should be eating Colby cheese and Spam. I consulted the book, and it didn’t specify. I think I will hold off on feeding him this evening, as it was a sizable chunk of sandwich.

Dorothy still isn’t talking to me. Actually, in all honesty, she never did speak to me before yesterday. But I still wonder if I did something wrong.